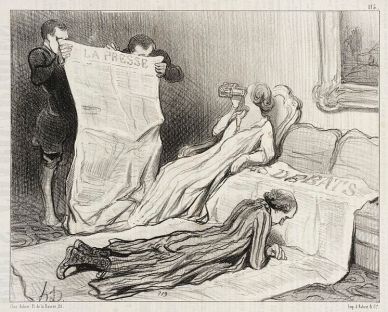 I haven’t done a Reference News Roundup in a while, so I decided to right that wrong with the following batch of reference- and word-related news items from the past week (give or take a few days).

I. NEWS ITEM(S) of the WEEK

Kory Stamper, associate editor at Merriam-Webster and author of the new book Word by Word: The Secret Life of Dictionaries , is EVERYWHERE these days. (Good for her and good for dictionaries.) In fact, she’s so omnipresent that, instead of just offering you one News Item of the Week, I’m giving you four — all of which center around her in some way.

How do new words get in the dictionary?
Boingboing.net

Kory Stamper, author of the new book Word by Word: The Secret Life of Dictionaries describes three criteria Merriam-Webster uses for inclusion of words like truther, binge-watch, photobomb and the 1,000 other words that make the cut in a typical year.

“So in speech, I don’t police people’s speech. I think that’s jerkery (ph) of the highest order when people do that,” [says associate editor of Merriam-Webster, Kory Stamper].

I love the “ph.” It means that the transcriber was not familiar with jerkery, found nothing when looking it up in Merriam-Webster and other dictionaries (including UrbanDictionary.com!), and thus offered a phonetic spelling. But Stamper didn’t make up jerkery.

“Everyone literally hates this word,” said Stamper, who visits Prairie Lights Bookstore in Iowa City on [recently] to promote her new book, Word by Word: The Secret Life of Dictionaries. “But it’s been around for 200 years. It has a clear definition and regular usage. So, mad props to you, ‘irregardless.'”

Apple fanboys have always had a reputation for undying loyalty to the brand, but Merriam-Webster is taking that characterization to a new level by using them as an example for new dictionary entry “sheeple.”

Words of the Week: “Knock for a Loop”
Bozeman Daily Chronicle.com

We American English speakers have thousands of colorful expressions at our disposal. A listener recently brought an exemplary one to my attention: knock for a loop, meaning to surprise or stun. As in: getting fired without notice knocked me for a loop. We sometimes get thrown for a loop, too, which means the same thing.

New England and “wicked” go together like peanut butter and Fluff. But what’s the story behind the word that has flourished in Massachusetts and the northeast corner of the United States? The folks at Merriam-Webster Dictionary tried to shed some light on its origins, tweeting Thursday “This is how ‘wicked’ became an adverb.”

Colloquial usage of the term impostor syndrome has grown recently, so much so that the term is now one of the new entries into the Oxford English Dictionary.  In fact, the impostor phenomenon was first referred to in academic circles back in 1978, but it has recently developed another life as the impostor syndrome and is being used (incorrectly) to refer to any lack of confidence or self-doubt.

Meet the people who are making the dictionary relevant again
Metro.US

To many, a dictionary has likely gone the way of beepers, payphones and writing by hand, but for the folks at Merriam-Webster, they’re just doing what they’ve been doing for the past 186 years.

Tech Jargon Confusing You? Use this Online Dictionary
Guidingtech.com

Are you enthralled by the numerous developments that tech has to offer but often get bogged down due to the complex tech concepts and terminology? Here is a dictionary to explain it to you like you were a child.

If you try to open Wikipedia in Turkey right now, you’ll turn up a swirling loading icon, then a message that the server timed out. Turkey has blocked Wikipedia. If you’re inside the country, you can only access the online encyclopedia through a virtual private network connection to a system outside the country.

Siku, an online tool that recently won a $750,000 grant from Google, aims to pull together native knowledge about dangerously thin sea ice and other conditions in the Arctic’s fast-changing landscape.

Dumbing down Shakespeare: Are Americans too intellectually lazy to appreciate his genius?
Washington Post.com

The fact that many theater companies seem to believe they can fulfill their classical mandates with only the most widely known plays, or worse, sacrifice more challenging plays to the popular-entertainment demands of the box office, makes [the author] wonder whether these are signs of a deeper problem.

10 Words That Will Make You Sound Smarter at Work
Time.com

If you’re looking to stretch your workplace vocabulary without sounding like a pretentious asshole, here are some suggestions.

[And if you don’t care what those assholes at the office think about you, just keep talking as normal….]

That’s it for this installment. If you want to see previous issues of the Reference News Roundup, click the following links: