Nelson Muntz was once described as “an enigma wrapped in a riddle, wrapped in a vest.” An article in today’s Washington Post refers to the Trump White House as a “troubling enigma.” These are entertaining and memorable statements (and in the case of the second one, somewhat sad), but what exactly does the word enigma mean? 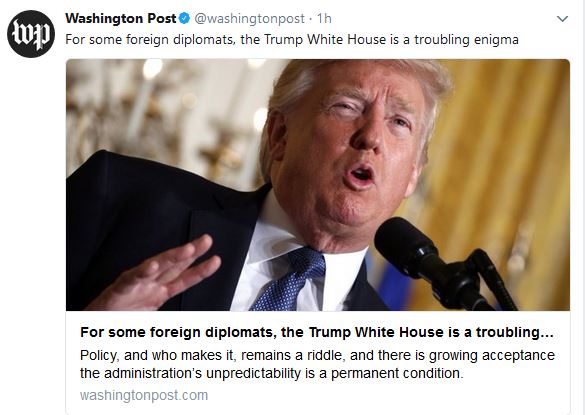 An enigma, according to the Oxford English Dictionary, is:

As for the word’s origin, enigma, says the Oxford Dictionary of Word Histories, “comes via Latin from Greek ainigma ‘riddle,’ from ainissesthai, ‘speak allusively or obscurely,’ from ainos, ‘fable.'”

The Dictionary of Word Origins (Ayto) says the same thing, as does Origins, but the latter offers an interesting addition that makes the term and its use a little clearer. After providing an etymology similar to the above, it notes:

… to speak darkly, hence in riddles, from ainos, a fable or an allegory; perhaps comes from the Gothic inilo,  a plea, or a reason, to be excused.

The addition of a word like “darkly,” is helpful given that, while enigma is equated with something puzzling or undecipherable, the word has always had a sinister tinge to it. (The use of the word “intentional” in the OED definition starts down this path, but doesn’t go far enough.) In fact, the sense of evil in the word is precisely why it’s so applicable to a character like Nelson Muntz, and why it is indeed so “troubling” to apply it to the current U.S. administration.

For more info on the LRL’s collection, go here.