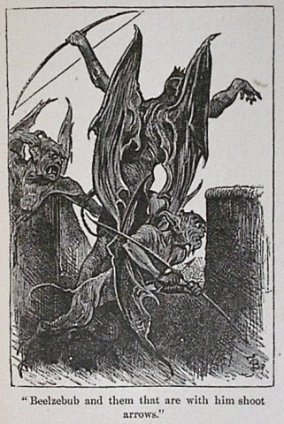 Yesterday, CNN reported that Oxford Dictionaries selected toxic as its word of the year.

Strictly defined as “poisonous,” Oxford Dictionaries says that its research shows that “this year more than ever, people have been using ‘toxic’ to describe a vast array of things, situations, concerns and events.”

I agree, the word has been getting a lot of use lately, but I wondered: Is it really “strictly defined” as “poisonous”?

Kind of. The Oxford English Dictionary does indeed define the word as “of the nature of a poison; poisonous.” However, it also defines toxic as “caused or produced by a poison; due to poisoning.” The American Heritage Dictionary offers much the same, but rephrases things a tad differently: “Capable of causing injury or death, especially by chemical means.”

Not to be outdone, Merriam Webster’s Collegiate Dictionary (11th ed.) echoes these definitions by associating toxin with “exhibiting symptoms of infection or toxicosis (aka: a pathological condition caused by the action of a poison or toxin),” and then adds a more modern, and dare I say contemporary, take on the word: “extremely harsh, malicious, or harmful.”

That’s zeitgeist-y, for sure, but it still falls a little short, which is why I took a minute to see what a medical dictionary had to say about the term. As suspected, I came across the following in Dorland’s Illustrated Medical Dictionary (27th edition):

Toxin a poison; frequently used to refer specifically to a protein produced by some higher plants, certain animals, and pathogenic bacteria, which is highly toxic for other organisms. Such substances are differentiated from the simple chemical poisons and the vegetable alkaloids by their high molecular weight and antigenicity.

If that wasn’t enough, the entry then goes on to list a variety of conditions (e.g., anthrax toxicosis) caused by those aforementioned plants, animals, and bacteria. How’s that for thorough?

Okay, so that’s what toxic means, but where does the word come from? To answer that question, I turned to my etymological dictionaries, all of which tell pretty much the same tale about the word’s origin. Here’s how the (Ayto) Dictionary of Word Origins puts it:

The etymological meaning underlying toxic is of “poisoned arrows.” It’s ultimate source is Greek toxon “bow,” which also gave English toxophily “archery.” From it was derived toxikos “of bows and arrows,” which formed the basis of a noun toxikon “poison for putting on arrows.” Latin took this over as toxicum “poison,” and the medieval Latin derivative toxicus gave English toxic.

Yet, while several books spoke of toxic’s etymology only one, Campbell’s Psychiatric Dictionary (6th Ed.), gives the 4-1-1 on some cool, toxic terms. Among them are:

Toxicomania, a craving for poison (aka: drug dependency)
Toxicophobia, a fear of poison
Toxiphrenia, or schizophrenia  associated with toxic, delirious reaction.