1. Words New to Me: Gendarme 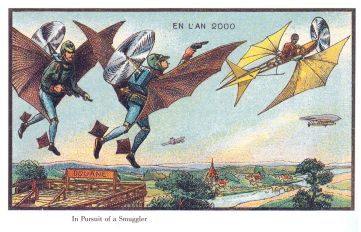 A few days ago, I came across the word gendarme in The Oxford Book of Death. Here’s the context:

Aversion to death is necessary to the survival of the species, rather in the spirit of the French proverb to the effect that fear of the gendarme is the beginning of wisdom.

The what is the beginning of what? The context here doesn’t help. So I hit the dictionaries. Here’s what I found in the Merriam-Webster Collegiate Dictionary:

1. A member of a body of soldiers especially in France serving as an armed police force for the maintenance of the public order.

And the Shorter Oxford English Dictionary:

I. (Chiefly plural) In the older French army, a horseman in full armor, having others under him; later a mounted trooper. Now historical

2. A soldier, who is employed on police duties, especially in France

2. figurative: Projecting pieces of rock, which are called gendarmes; apparently from their … stopping travelers 1883.

Now I get it: Fear of the people of weapons just may be the beginning of wisdom.

2. What Does “Socialism” Mean?

This is the question asked by a recent article in The Fort Worth Star Telegram and, depending on where you get your news, the answer could be everything from a government that tosses people in gulags for no reason to healthcare for all.  I won’t deprive you of the joy of reading that piece. Instead, I thought I’d hit you with some dictionary definitions of the word so you can judge for yourself. That said, it should be clear to anyone with a solid head on their shoulders that the socialism called for by some of our more progressive legislators does not include the government taking over the means of production.

1. Any of various economic and political theories advocating collective or governmental ownership and administration of the means production and distribution of goods. 2 a. A system of society or group living in which there is no private property. b. A system or condition of society in which the means of production are owned and controlled by the state. 3. A stage of society  in Marxist theory transitional between capitalism and communism and distinguished by unequal distribution of goods and pay according to work done. – Merriam-Webster Collegiate Dictionary (11th ed.)

1 a. A social system in which the means of producing and distributing goods are owned collectively and political power is exercised by the whole community. 1b. The theory or practice of those who support such a social system. 2. The building of a material base for communism under the dictatorship of the proletariat in Marxist-Leninist Theory. – American Heritage Dictionary

A political and economic theory of social organization which advocates that the means of production, distribution, and exchange should be regulated or owned by the community as a whole; policy or practice based on this theory. Socialism has been used to describe positions as far apart as anarchism, Soviet state Communism, and social democracy; however it mainly applies an opposition to the untrammeled workings of the economic market…. – Oxford English Reference Dictionary

An economic system in which the production and distribution of goods are controlled substantially by the government rather than by private enterprise, and in which cooperation rather than competition guides economic activity. There are many varieties of socialism. Some socialists tolerate capitalism, as long as the government maintains the dominant influence over the economy; others insist on an abolition of private enterprise. All communists are socialists, but not all socialists are communists. – Dictionary of Cultural Literacy

3. Is the Term Paddy’s Day Offensive? 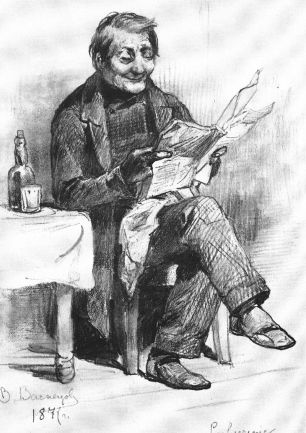 According to the website Irish Central.com, “every March 17, a minority of people complain that the term “Paddy’s Day” is offensive.”

I have no doubt that this is true, but I have never heard anyone use the phrase “Paddy’s Day” in place of  St. Patrick’s Day, and I’m an active participant in the day (my daughters are Irish dancers). Nevertheless, here’s the argument/rationale:

It seems that some people see the “Paddy” in “Paddy’s Day” as derogatory, connecting it with “Paddy Wagon,” or “Plastic Paddy.

“However, to those who say “Paddy’s Day” and see no problem with it … “Paddy” in this case is simply the logical abbreviation of the Irish word Pádraig.

Pádraig (Pádraic or Páraic) is an Irish male name deriving from the Latin Patricius, meaning “of the patrician class,” introduced via the name of Saint Patrick. Patrick is the English version, via Old French.

Diminutives include Páidín (Anglicised as “Podge” and “Paddy”); the latter Anglicisation is often used, sometimes pejoratively, as a term for Irish people as a whole.

Okay, so there is some relation between Paddy, Pádraig, and St. Patrick, but I still think “Paddy” sounds stupid and would never say it. That said, I don’t expect this kerfuffle to end any time soon. As noted by Irish Central, this article from 1994 (!) article from the Baltimore Sun, this debate has been raging for a while.

I came across the following from the website iNews.uk

I didn’t see the original article, and I’m not sure who the singer Charlotte Church is, but it seems she wrote an article in for the Guardian in which she vowed to never again experience “hangxiety.”

Hangxiety, it seems, is a new word for “the feeling of overwhelming guilt, stress, and worry you experience the day after a drinking binge.” Although the word is not yet recognized by the Oxford English Dictionary, it is registered in the Urban Dictionary.

There you go. Use it at will.

5. 15 of My Favorite Dictionaries

I recently came across an article from BookRiot.com titled “15 of the Best Dictionary Apps for Your Every Nerdy Need.”

Putting aside the question as to why a site named “Book Riot” would publish an article about 15 of the best dictionary apps rather than 15 of the best dictionaries (I mean, where’s the love?!?), I thought, “Hey, since I don’t traffik in apps, I should produce a list of my 15 favorite dictionaries. So that’s what I’ve done. Check ’em out at the links provided! [Note: the links here are to Amazon.com, but if you can, please purchase any of these books at a local bookstore.]

The Dictionary of Classical Mythology, Religion, Literature, and Art

A big book with a lot of beautiful art and very thorough definitions. If you’re into classical mythology and everything related to it, this book is for you. Surprisingly, I find myself going to this book a lot … and that’s okay with me.

A Dictionary of Symbols

J.E. Cirlot’s Dictionary of Symbols is kind of the gold standard of symbol dictionaries. Like the aforementioned Dictionary of Classical Mythology, it has thorough definitions, cool artwork, and I simply love flipping through its pages.

The Dictionary of Imaginary Places

This book is just freaking wild. Such a cool idea and pretty wide ranging. From fiction to myth to movies, if there’s an imaginary place you’ve heard of it’s in here.

Dream Dictionary from A to Z

Do you have crazy dreams (or even not so crazy dreams)? Do you want to know what you might be dreaming about? If you answered yes to these questions, get your hands on the Dream Dictionary from A to Z. I have several dream dictionaries, but I prefer this on because it’s the biggest, the best organized, and the most complete.

John Ayto’s Dictionary of Word Origins is great because it frequently offers contrary opinions about word origins, and the differences or discrepancies from other sources often ad an element of fun and mystery to the source of the words we use every day.

When it comes to controversial words, there’s no better book than Wicked Words. It goes the extra mile when providing information on the controversy. It’s simply a great read.

A Dictionary of the Old West

Do you like the Old West? If you do, get this book full of Old West slang and western neologisms.

Detailed, thorough, authoritative, and all kinds of interesting.

In this world of “fake news” and disappearing newspapers, this book provides some insight into how journalism works and the things reporters have to deal with and think about. It also helps if you’re interested in reporting, like I am.

Isms: A Compendium of Concepts, Doctrines, Traits, and Beliefs

There are a lot of wacky beliefs out there. This book chronicles them all. A fun read.

If you’ve ever wanted a big, fat philosophy reference, this is your book. It leaves no philosophical stone uncovered. An impressive work.

From the dust jacket: This dictionary “illuminates the more than 1,000 surprising definitions associated with each letter in the English alphabet.

Sinister in its way, this tome provides some interesting insights into a wide range of military-speak, and provides some detail on some of the weapons (missiles, etc.) that have been used over the decades.

Dictionary of Science and Creationism

A fantastic resource for understanding what the hell creationists are talking about and helpful in refuting their faulty premises. It’s also just an interesting book and is one of those dictionaries that one can’t believe exists but does.