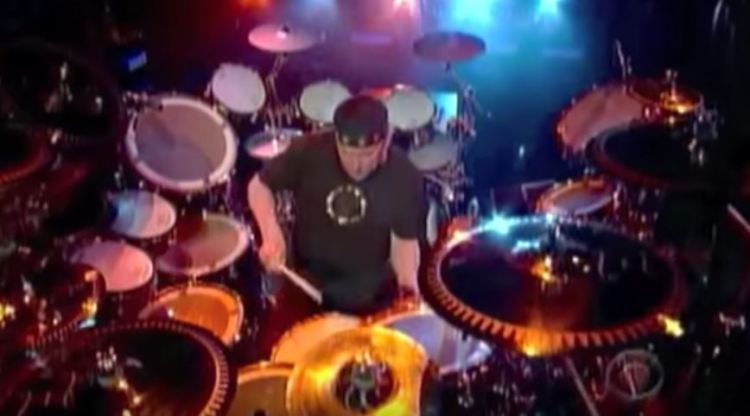 Although it pains me to type these words, I feel I must. Neil Peart, the drummer, lyricist, and one of the three essential elements of the illustrious (progressive rock) band Rush, is no longer among us.

It’s difficult for me to express the significance his passing, which is a rather odd thing to say given that I’ve never met him. In a sense, he is a stranger to me. On the other hand, Rush’s music has been a constant in my life, which makes me feel like I know him. Every day, I hear something that reminds me of a line from a Rush song, and when someone brings up a topic I’ve heard Neil speak about in interviews, I can hear his voice. Thus, it seems only natural that the news of his succumbing to cancer would nearly bring me to tears. (And some of the remembrances penned in wake of his death did.) We may not have known one another, but I can’t help but feel that, on some level, we were close. Alone and yet together like two passing ships ….

Given how important Rush is to me, I’ve been thinking of some way to mark the impact that Neil’s life and work has had on mine. Of course, Rush has been in constant rotation in my car (my favorite place to listen to music) since January 10, and yes, I’ve been air drumming to whatever album I’m playing with more emotion and vigor than usual, but I wanted to do something more. Therefore, I’ve decided to pay my respects to the “Professor” in a way I think he’d enjoy: with a Rush-related foray into the references that line the ever-expanding shelves of the Butter Lamb Reference Library.

But what to investigate? Rush offers so many potential threads for the reference enthusiast to pull. Yes, there are the words in the though-provoking lyrics, but there’s so much more! Intriguing symbols, rich album art, an endless array of intriguing  sounds (from a range of cultures and musical styles). It’s very tempting to take a headlong flight into the some of Rush’s more grand(iose) designs (i.e., 2112, Hemispheres) or dive into the high water of the countless literary allusions or references to the Natural Sciences hiding in the band’s lyrics. In the end, though, I decided to roll the bones (while keeping my bravado in check), but keep it simple. I chose to dig into the symbology of the drum, Neil’s instrument of choice. (And yes, I was fully aware that had I chosen not to decide, I would still have made a choice.)*

The drum, says J.E. Cirlot’s A Dictionary of Symbols, is “a symbol of primordial sound, and a vehicle for the word, for tradition, and for magic. With the aid of drums, shamans can induce a state of ecstasy.”

I confess, I’ve never thought of Neil as a shaman, but there’s no question he used his drums to induce states of unparalleled joy, happiness, and even euphoria. He did for this Rush fan, and judging by the countless happy and smiling fans and massive amount of air drumming I saw at Rush shows, he clearly did the same for others.

“According to [Marius] Schneider, the drum is, of all musical instruments, the most pregnant with mystic ideas. In Africa it is associated with the heart**. In the most primitive cultures, as in the most advanced, it is equated with the sacrificial altar and hence it acts as a mediator between heaven and earth.”

I, like most Rush fans, was well aware of Neil’s criticisms of religion. Maybe too aware, for it never occurred to me that the dedication and excellence he brought to the art of drumming were, for him, spiritual practices in their own right. I also never thought of Neil’s drum sets as altars, but there’s no question that, for Rush fans at least, his kits were sacred spaces at which he brought the mystic rhythms of heaven and earth together before sharing them with the audience — not unlike a priest performing Mass before a congregation. “We feel the powers and we wonder what they are,” indeed.

Maybe, I’m getting carried away here. Then again, maybe not. As ridiculous as it might sound, The Continuum Encyclopedia of Symbols, concurs that there is an undeniable association between the drum and “rhythmically produced sound [which] is sometimes equated with hidden sounds and forces of the cosmos.”

J.C. Cooper’s Illustrated Encyclopedia of Traditional Symbols hears the thud-thud-thud of the drum’s primordial percussivness too, and it testifies with a staccato style all its own.

Truth, revelation, tradition: these words not only pertain to the cultural and spiritual role of the drum around the globe, they refer to Neil himself, to his work, and to the impact his band’s music had on fans. For I can tell you without hyperbole that whenever I saw Rush play, it was always something of a religious experience.

Rest in peace, Neil, and thank you for the music.

** Would it be fair to say, then, that in Africa the drum brings one closer to the heart?